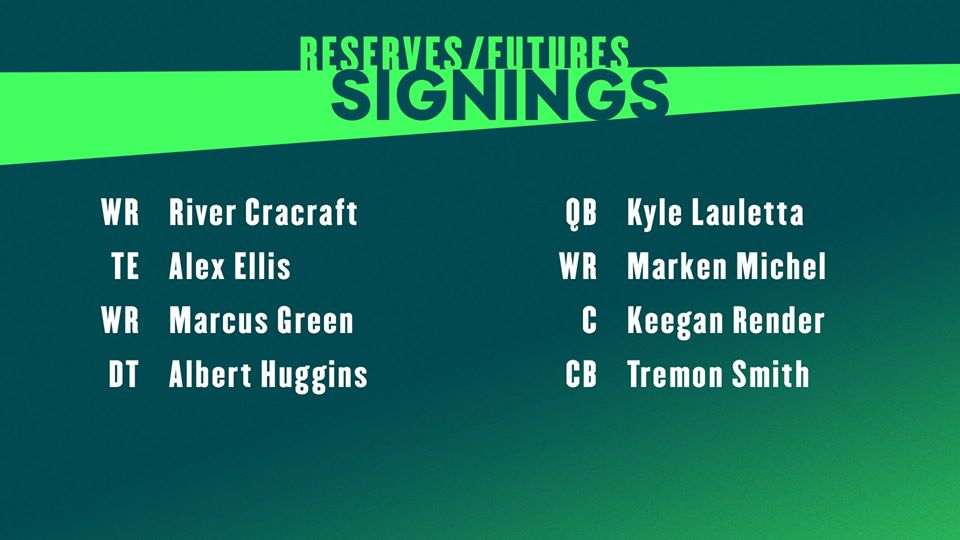 The Eagles signed eight players to futures contracts on Monday. Players can only be signed to a futures deal if they are not on an active NFL roster at the end of the season.

• Marcus Green, WR: The 5-8, 191-pound wide receiver was signed to the Eagles’ practice squad after being waived by the Falcons. Green was selected in the 2019 draft in the sixth round by Atlanta. During college, he appeared in 48 games for Louisiana-Monroe. Green finished his Warhawk career tied for third in school history in receiving touchdowns with 23, third in career receptions with 202, and second in career receiving yards with 2,698.