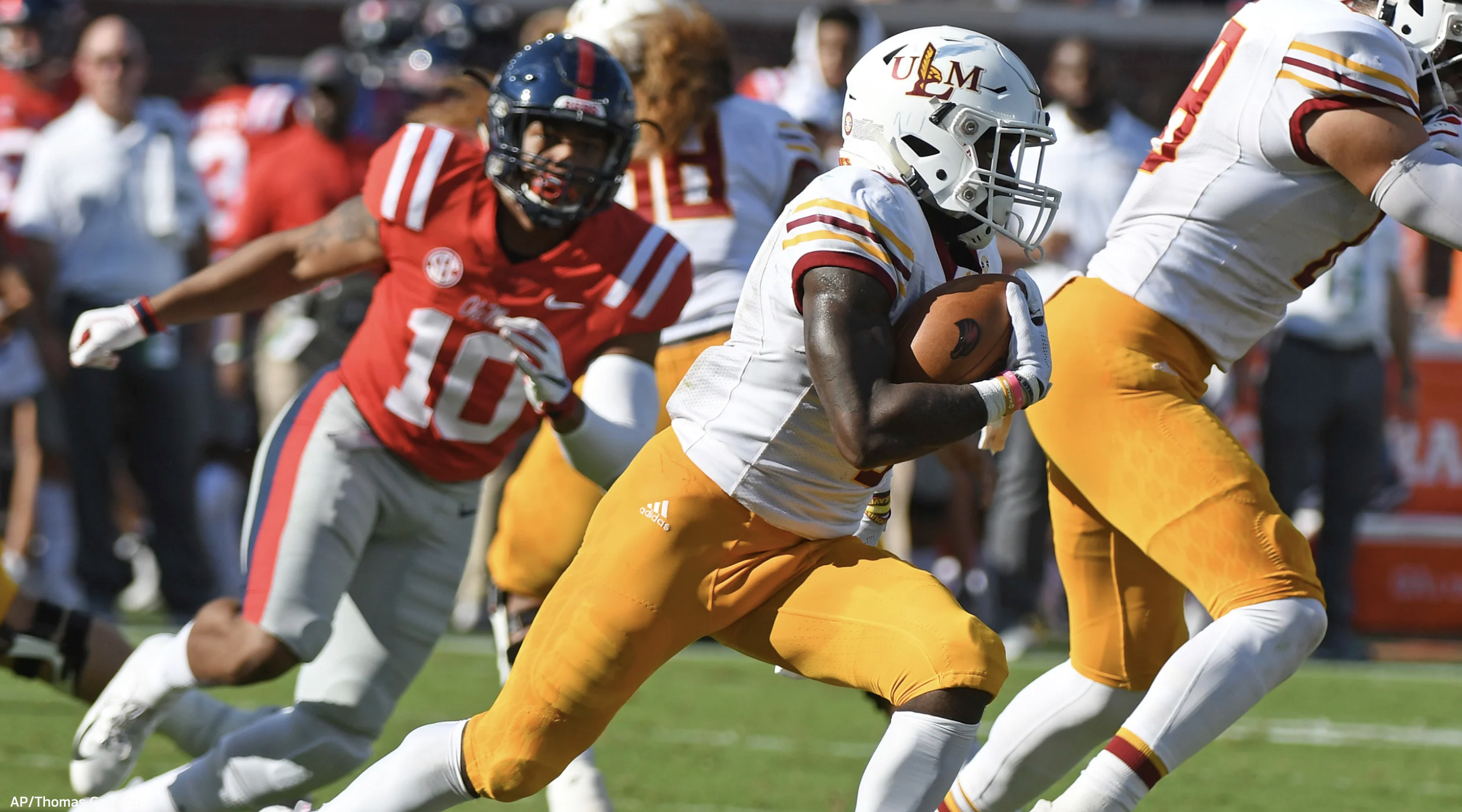 With their final pick in the 2019 NFL Draft, the Atlanta Falcons selected former Louisiana-Monroe running back and kick returner Marcus Green.

Green is one of the most well-rounded players in this year’s draft. A first-team all-conference player in the Sun Belt in 2017 and 2018, Green should immediately add something to the Falcons’ return game while the team figures out other ways to incorporate him into the offense. During his college career, Green returned 70 kickoffs for 1,761 yards and four touchdowns; he also returned 28 punts for 280 yards and a touchdown. Offensively, Green caught 202 passes for 2,698 yards and 23 touchdowns, and he carried the ball 51 times for 492 yards and one touchdown.

Possessing sub-4.4 speed, Green looks to be a swiss army knife type of player. He operated as a slot receiver for much of his career at Louisiana-Monroe, but he also got experience carrying the ball out of the backfield. A fearless player, Green has the quickness and top-end speed to run away from people. It’s interesting to envision Green occupying the type of role the Falcons began to carve out for Russell Gage in 2018.